Fixing Evernote Error "The file Evernote.sql could not be opened." 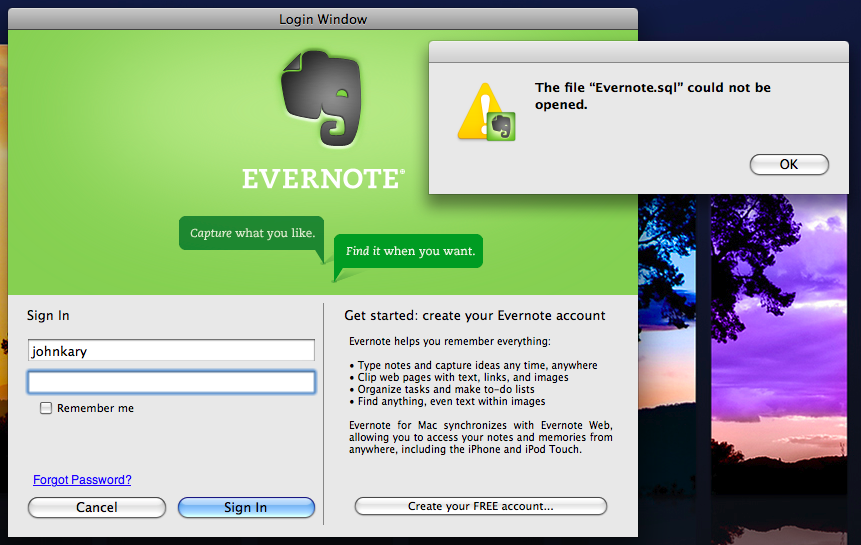 I've been having a battery/power issue with my MacBook Pro recently where it will turn off if the battery power has much less than 0:10 minutes left. You know, after the "You are running on Reserve Power" message comes up, but before it fully drains and (normally) puts itself to sleep using SafeSleep.

So what do these power issues have to do with Evernote?

I experienced at least one said power failure while working on a note from Evernote's Mac Desktop client. From our days of using Windows, we all know power failures without proper shutdown lead to corrupted files on the hard drive. And that's exactly what happened here: a corrupted notes database file.

After launching Evernote, I would get an error saying, The file "Evernote.sql" could not be opened. Assuming you have recently sync'd your notes so that everything is on the Evernote server, here's how to fix it:

Now re-launch Evernote. Your notes database and all settings will be downloaded from the Evernote server.

Easier fix than I anticipated. Here are the messages from my Console, in case it helps you find this page via Google.